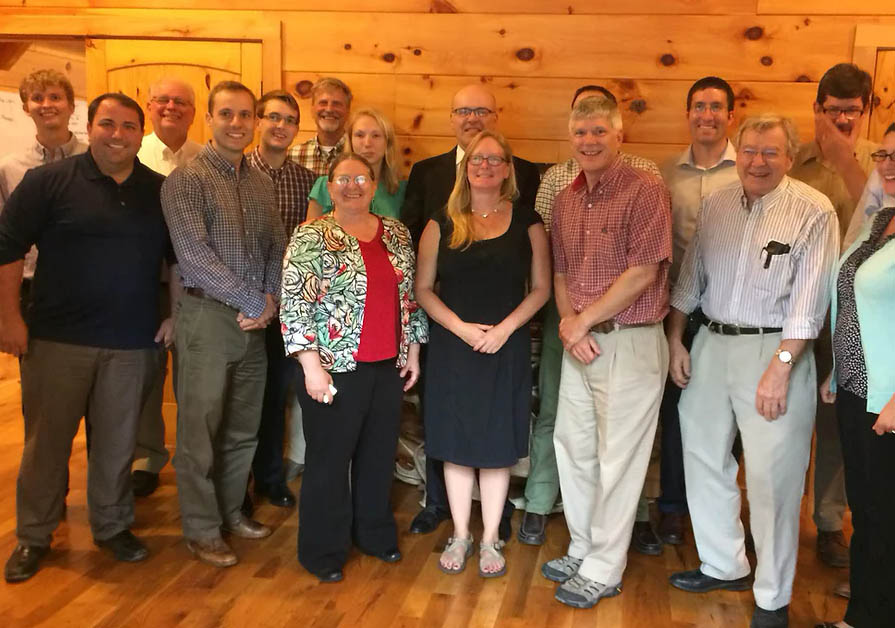 We are honored to have been invited as one of five participating groups in Oak Ridge National Laboratories’ workshop on Standard Modular Hydropower. The workshop, hosted by ORNL, brought together over a dozen scientists and engineers from one of the nation’s top research institutions with innovators and entrepreneurs from industry to discuss what it really means to standardize and modularize hydropower. Modular hydro technologies can give rise to installations that could be sited, designed, permitted, installed, and commissioned rapidly. The “rapidly” is simply crucial in getting a power project financed on favorable terms.

Standardization means just that: standard processes; standard levels; standard categories. Much in designing a hydropower facility may be site-specific, but that doesn’t mean that every site is unique. Standard categories set with metrics related to human and animal safety, environment, hydrology, geotechnics, and power parameters could streamline the process toward prosecuting an energy source that is tied with nuclear power as the least expensive form of power (renewable or not!) in the world.

ORNL’s Adam Witt makes an important point: modular is different than standard. A hydropower facility can be modular without being standardized. Modular is a step in the right direction. It is really the “standard” part combined with the “modular” part that has the potential to fast track the developing of hydropower facilities.

We join Brennan Smith in a hearty “thumbs up” to his and his team’s clear thinking and articulation about the promise of SMH.