Once More into the Breach 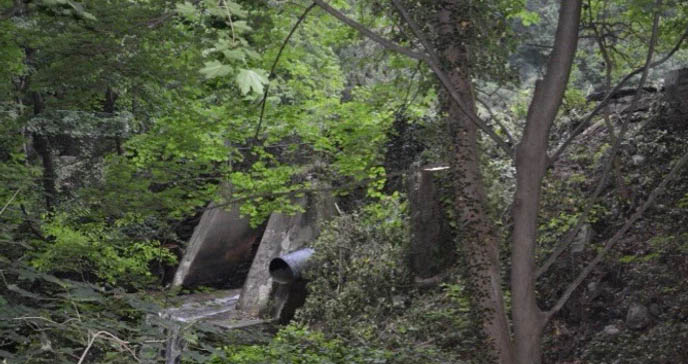 To breech or not to breech? Remove or repair/replace?

These are the questions being debated in towns across the nation as they try to figure out what to do with aging dams that need repair. On average, dams in the U.S. are 56 years old, and there are almost 91,000 of ’em. Close to 20% of these are so-called “high hazard” potential dams, which are ones that would, if failed, put human life at the greatest risk. Many of these were not in this highest hazard classification when they were built, but as more people moved into the areas down stream more and more human lives were put at risk and they became high hazard.

The picture shows a high hazard installation in PA. This one impounds a reservoir that was initially built in the 1800s for ice harvesting (believe it or not) and recreation. The debate revolving around this dam illustrates many of the common concerns. Ownership is a particular theme in this case.

It is not surprising that no one has stepped up to claim ownership of the dam with all of its obligations. Removing or repairing/replacing is expensive and substantially borne by the taxpayers.

The LPS powered dam modules offer another alternative for discussion. These modules could be used to replace sections or all of a deficient dam to return it to health. With the recently enacted FERC fasttrack regulations for small hydro and conduit power, and most states’ favorable economics for renewable power, in addition to obviating transmission costs altogether, adding hydropower capability to a dam turns it into a moneymaker to more than offset the tax dollars expended on the dam repair or replacement.